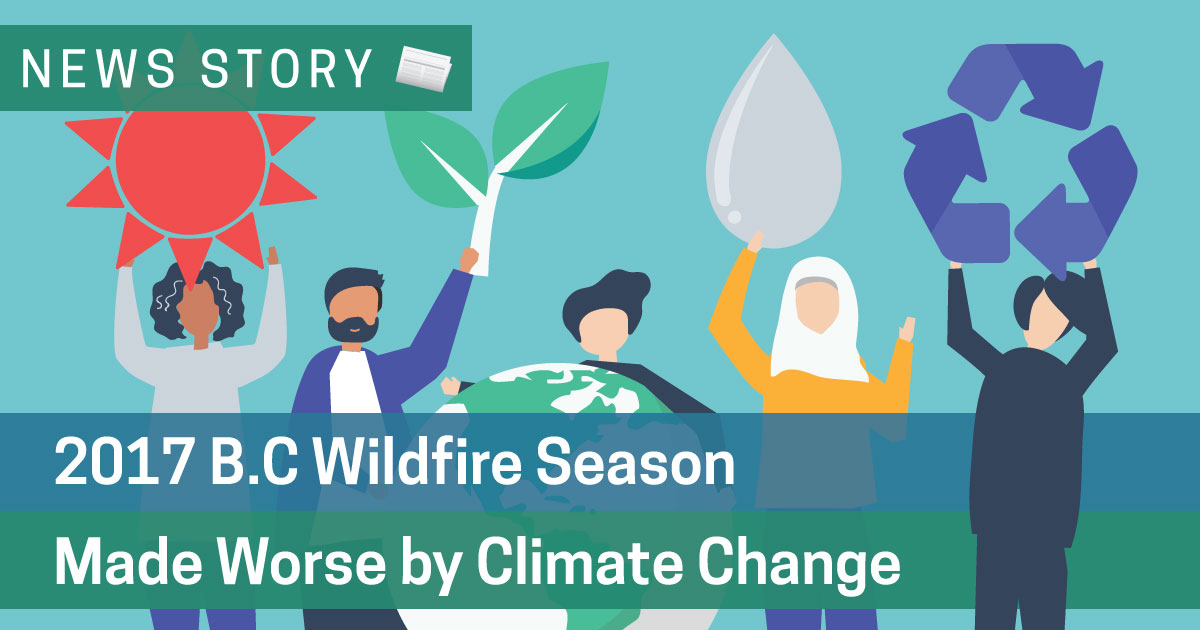 A recent study was published in the journal Earth’s Future, and found that the effects of climate change directly impacted the severity of wildfires in the record breaking 2017 season.

The study was done as a cooperative effort between the University of Victoria’s researchers at the Pacific Climate Impacts Consortium, and the researchers at Environment and Climate Change Canada.

With a record 1.2 million hectares of forest burned in the 2017 season, the study found that human-caused climate change made the area burned 7 to 11 times larger, and that the extremely high temperatures of the season were made 20 times more likely.

The study also said that 2017 was an especially dry and warm year for B.C., making it a significant contributor towards the severity and range of forest fires that year - but they found no evidence of climate change causing the abnormally dry season.

65,000 people were moved from their homes due to the 2017 forest fires, and health-hazardous smoke filled the air which reached the lungs of millions.

The 2017 season was also the most severe wildfire season on record, until 2018, where fires consumed more than 1.35 million hectares of B.C forest.

The study says that climate change’s significant influence on the severity of forest fires in B.C. is likely to going to be made apparent in other regions in the future, and as a result it merits an increasing amount of attention in sectors such as: public health, infrastructure, and forest management.

Be Prepared for Climate Change with Airtightness Improvements

If you are concerned with the coming effects of climate change, you may find some peace of mind in improving the airtightness and energy efficiency of your home. For homeowners in B.C. airtightness improvements are a formidable way of preventing unfiltered air or smoke from penetrating your home’s interior, and it can also help improve your home’s energy efficiency and yearly utility cost. We recommend contacting a local building envelope consulting firm, and having a Home Energy Assessment and/or Airtightness Test conducted.

For Ontario homeowners, Barrier Sciences Group is happy to help you and your family prepare for the effects of climate change by conducting a Home Energy Assessment, which allows our Registered Energy Advisors to obtain all the information about your home that they require in order to present you with a list of energy saving suggestions - ranked in order of their cost effectiveness.

By making improvements to your home’s level of energy efficiency, you can not only be prepared for the possibility of higher utility costs in the future, but you may also notice that your home has a more comfortable and consistent temperature, that the interior air quality has improved, and even that your home’s market value has increased.

A Home Energy Assessment can also help both Enbridge and Union Gas customers qualify for home renovation rebates totaling up to $5,000, making it even easier for homeowners to see a return on their energy efficiency improving investments.