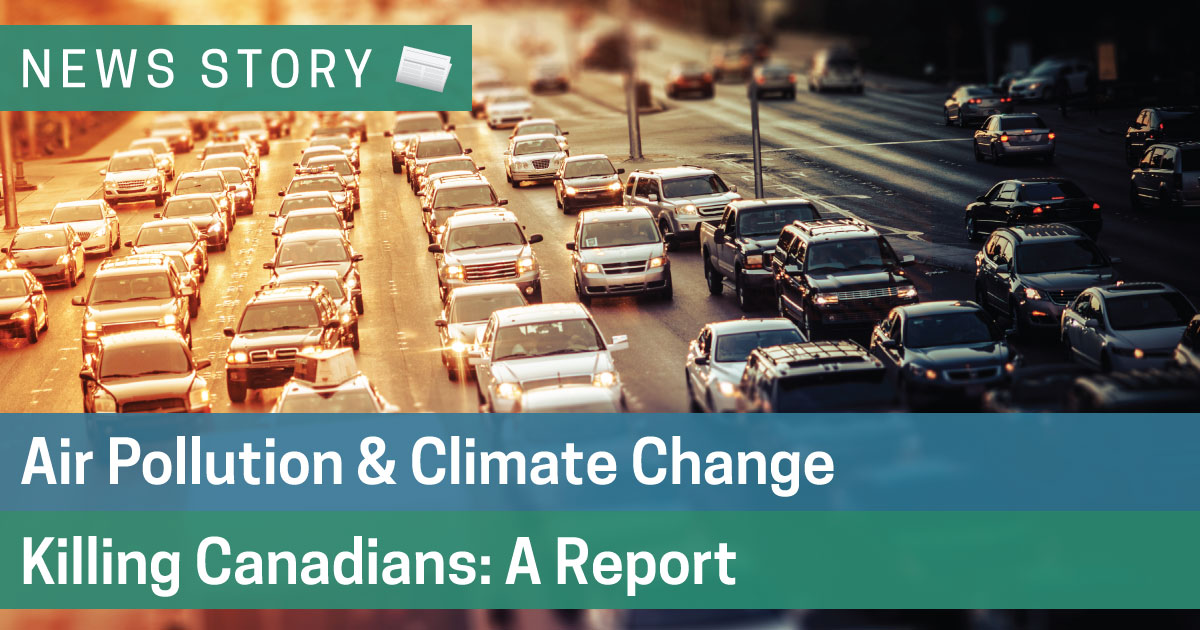 A recent report published in The Lancet states that Canada’s greenhouse gas emissions are killing Canadians as well as the planet; with an estimated 7,142 Canadians dying from continuous exposure to air pollution.

The report concludes that the single most significant way for governments to improve human health this century is to handle climate change properly.

There is little data available on climate change related deaths, as most provinces do not keep track of deaths and long-term illnesses due to heat waves, forest fires, and floods, leading to the reports first recommendation: have all provinces track how many deaths and illnesses are a direct result of high temperatures.

Public-health officials in Quebec stated that 90 people passed away due to a heat wave, but since Ontario does not track deaths due to heat, there is no official number as to how many Ontarians were affected by the same heat wave that affected Quebec.

Forest fires can also make the symptoms in those with asthma or allergies more serious.

Heat waves and warmer temperatures allow illness-carrying insects to prosper - incidents of Lyme disease due to infected ticks increased by 50 percent in 2017.

Dr. Courtney Howard, a Yellowknife physician who worked on the report, said that the increase in forest fires in British Columbia, the droughts in the Prairies, the flooding across Canada, and the heat waves in central Canada are not the new norm as people expect.

For this reason, Howard says that the world needs to increase its climate change efforts, or else it will face a significant change, such as an increase in wars and more migration.

Protect Your Family From Air Pollution

As an Ontario homeowner, you may be wondering how you can work to protect your family’s health from the risks that come with air pollution. The answer is to improve the airtightness and energy efficiency of your home.

By having an Airtightness Test conducted by one of our Registered Energy Advisors, you can not only be made aware of how airtight and protected your home already may be, you will also have every location where air is able to escape or intrude identified, so that they can be properly sealed by either you or a professional insulation installer.

By improving airtightness, you not only help prevent the intrusion of air pollution, you also can make your home more comfortable, affordable, and environmentally friendly.

Our Registered Energy Advisors are also able to conduct a Home Energy Assessment, which provides you with a complete look at your home’s energy efficiency, along with a list of suggestions for improving the energy efficiency of your home that are drawn up and ordered by our advisors in terms of cost-effectiveness.

A Home Energy Assessment can also help your home qualify for up to $5000 of home renovation rebates that both Union Gas and Enbridge are currently offering their customers.