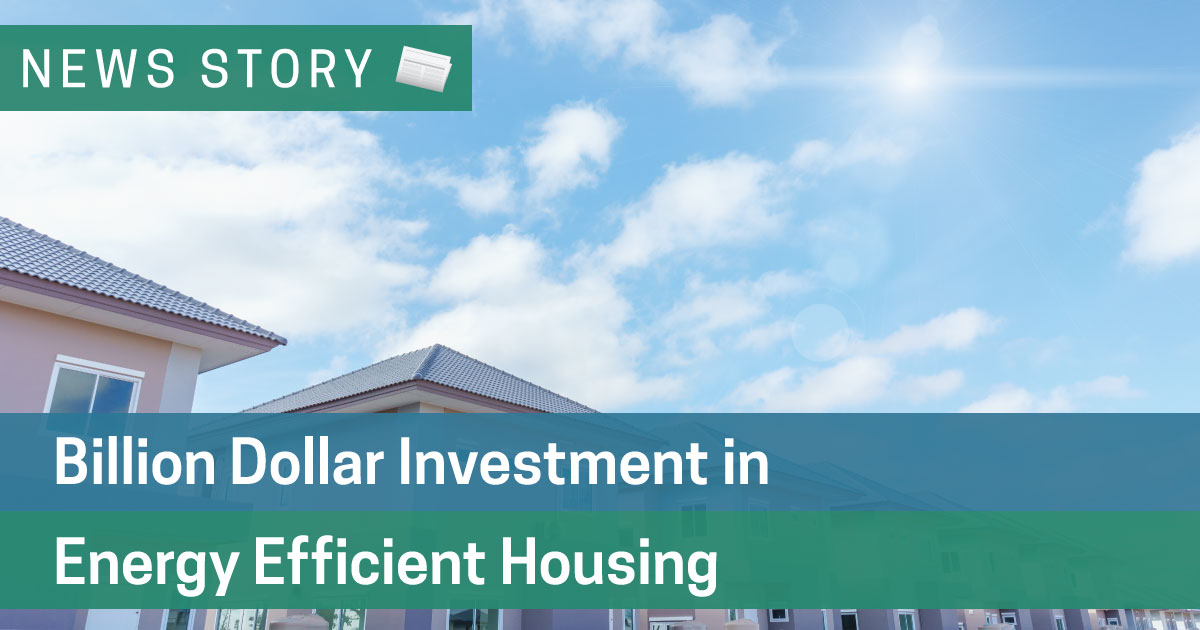 Over the next decade, the British Columbia government plans on investing $1.1 billion in order to make the province’s social housing more: efficient, environmentally friendly, safe, and cost efficient.

B.C’s Premier John Horgan says there is a focus within the initiative to increase the amount of cleaner energy that is used by 51,000 units of social housing, which is to be funded under the initiative's $400 million retrofit component.

Horgan believes that by conducting retrofits to change the way many social homes are heated, some homes could even see a 50 percent cut in greenhouse gas emissions, with residents also paying less on their utility bills.

Some of the upgrades that are included in the initiative are: boiler and electrical upgrades, door and window replacements, and fixing damaged building envelopes.

Tom-Pierre Frappe-Seneclauze, Pembina Institute’s director of building and urban solutions, has said that the B.C. government’s $1.1 billion investment is an affordable and energy efficient method of helping some of the province’s most vulnerable people.

Frappe-Seneclauze also says that the investment will help stimulate innovation in the retrofit market, which will make it easier to upgrade the rest of the province’s homes towards higher levels of energy efficiency.

“Preparing all of our existing homes and buildings for the clean future will be B.C.’s next megaproject, creating jobs in all communities,” said Frappe-Seneclauze.

Premier Horgan says that taking better care of the province’s already existing social housing is needed, along with a need to build new housing.

For homeowners who are interested in lowering their home’s utility payments, and contributing towards Canada’s goals of emissions reductions, you may want to consider improving the energy efficiency of your home.

Efficiency improvements are not only good for making a home more affordable to operate and for the environment, they can also work to reduce unwanted drafts, making the home more comfortable to live in. An Air Tightness Test can be conducted to pinpoint every location of unwanted air exchange in a home, allowing them to be properly sealed. This is helpful in removing cold drafts from within a home.

For a comprehensive look at an entire home’s level of energy efficiency, and to receive a suggested path of efficiency improvements, homeowners should have a Home Energy Assessment conducted by a Registered Energy Advisor. Included in the assessment is a list of possible energy saving solutions for the homeowner to consider, which the advisor ranks in terms of cost-effectiveness.

Barrier Sciences Group is proud to be able to conduct both Air Tightness Tests and Home Energy Assessments for homeowners in Ontario. To make efficiency upgrades even more affordable, both Enbridge and Union Gas are currently offering rebates for home renovations to their customers - a Home Energy Assessment can help you qualify.