Many Canadian Cities Not Ready for Climate Change 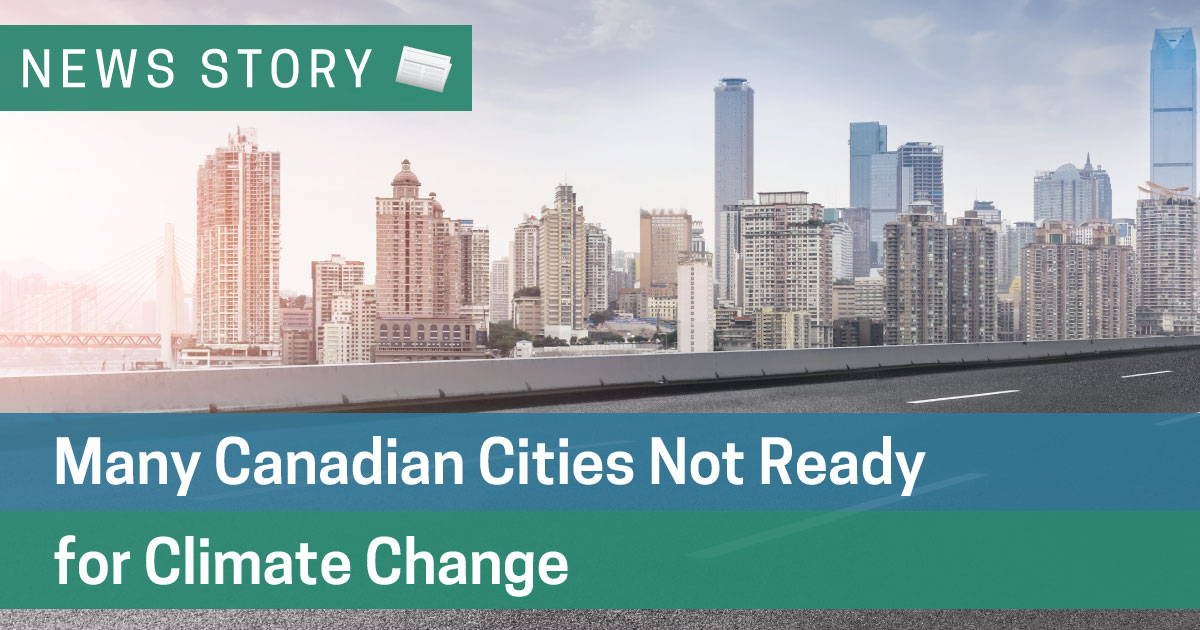 A recent study done at the University of Waterloo was published in the journal Climatic Change, and it suggested that most cities in Canada have not done enough research to be able to draw up a proper climate change plan, and are inadequately prepared for the possibility of harsh weather events in the future.

Jason Thistlewaite, co-author of the study, says that municipal governments are the most susceptible to the effects of climate change in Canada, and that they also have the fewest resources that are able to manage the issue.

“It’s imperative that [municipal governments] have some strategy or plan,” said Thistlewaite.

In the study, 63 municipalities across Canada were surveyed to determine how they plan to handle the upcoming effects of climate change, and how they are working to reduce their greenhouse gas emissions.

The study reports that many cities were not able to write a comprehensive plan due to a lack of research, and that only seven municipalities had recognized certain neighbourhoods in their region that may be more vulnerable.

Kingston, Ontario, is identified in the report as the city with the best plan for dealing with the effects of climate change, and it is due to more than a year of planning and computer modelling future climate in the area.

Cities often have a difficult time finding funding for climate change preparation measures, as they are often already using their money to fix current infrastructure problems.

If cities do not plan accordingly, this may lead to an increase in property taxes, as cities will be forced to generate more funds to fix future infrastructure problems that are directly caused from climate change, says Thistlewaithe.

Paul MacLatchy, environment director for Kingston, says that the city was able to build their climate change plan through the help of a program from the Federation of Canadian Municipalities.

Plan for Climate Change at Home

As a Canadian homeowner, you may be concerned with the harsh upcoming weather that climate change is set to bring. To adequately prepare for freezing cold winters, blistering hot summers, and a prolonged rainy season, the first step you should take should be to look at how airtight and energy efficient your home is; as improvements to airtightness and energy efficiency are an effective way that your home can become more comfortable, affordable, and protected from harsh weather conditions.

By having a Home Energy Assessment conducted, you can be made aware of how your home’s weather resilience and energy efficiency can be improved, along with which improvement would net your home with the biggest boost to energy efficiency per dollar spent.

BSG is proud to be able to offer Home Energy Assessments to homeowners in Ontario, and our Registered Energy Advisors are always happy to help you figure out which methods for improving energy efficiency and airtightness are the best fit for your home, wallet, and lifestyle.

In Ontario, a Home Energy Assessment can also help your home qualify for up to $5000 of home renovation rebates that are currently offered to both Enbridge and Union Gas customers.