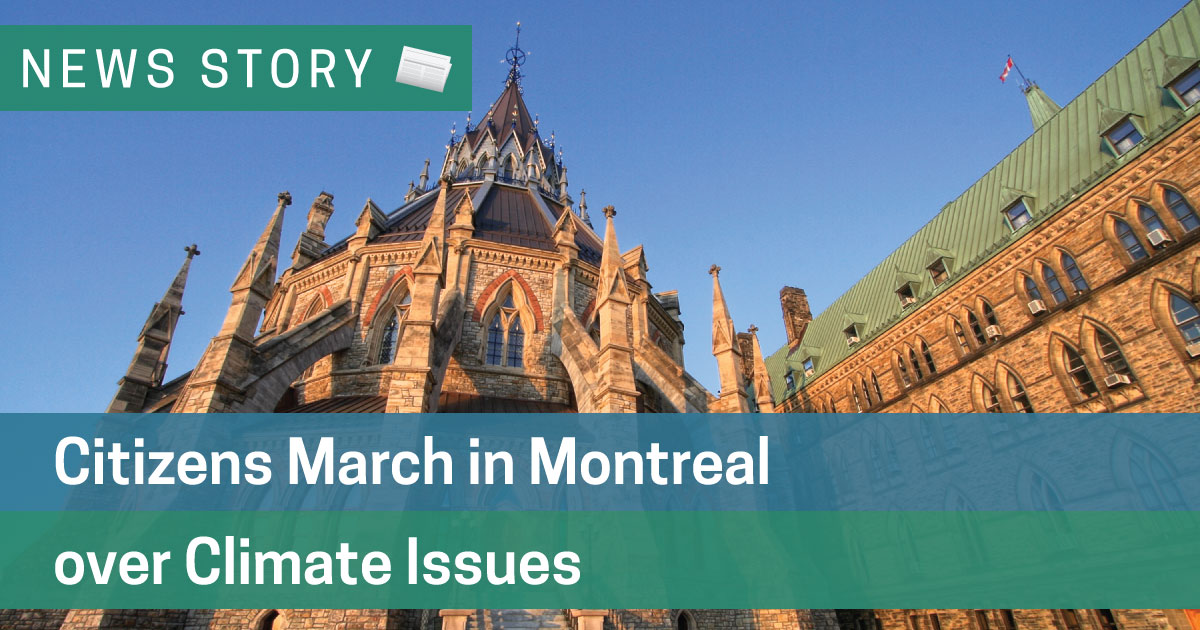 The Planet Goes to Parliament, a self-described citizen led movement, recently led a march in Montreal to draw awareness to climate change issues and their absence in the Quebec election campaign.

Thousands of people joined the march, including Quebec celebrities, politicians, and citizens, including a press release from Quebec’s Environment Minister MarieChantal Chassé saying she would attend the protest.

The movement The Planet Goes to Parliament was created on September 7th, and points to this past summer’s heat wave as a forecast of the effects that climate change will bring.

Montreal public health officials said the heat wave was responsible for up to 53 deaths in Quebec over the summer.

Attending the protest was McGill University student, Alexandra Yannoutsos, who said that the negative effects of climate change cannot be reversed, and that studies have shown the world is closing in on a point from which there will be no turning back.

The Planet Goes to Parliament is asking for the Quebec government to create a climate change action plan, that will reduce greenhouse gas emissions by an amount sufficient enough to reach the targets set out by the United Nations’ Intergovernmental Panel on Climate Change.

Spokesperson for the movement, Nathalie Roy, said that the government has definitely heard the citizens’ voices regarding climate change issues.

“If the environment minister is here that’s clear recognition that they heard us,” said Roy.

The rally’s organizers have said it is the first of many to come.

For any Canadian who is looking to reduce their family’s carbon emissions, improving household energy efficiency is a fantastic place to start. Improving the efficiency of a home not only causes it to emit less carbon, but it can also: make the home more comfortable, improve interior air quality, increase the home’s value, and net the homeowner a huge savings on utility bills over the years.

By having a Home Energy Assessment conducted by a Registered Energy Advisor, a homeowner is able to gain essential information about the efficiency levels of their home, and be presented with a list of possible solutions for improving efficiency that they may wish to consider.

Often times, the most effective way of improving efficiency is through simple modifications or retrofits such as: improving the level of insulation in the attic, or sealing air leaks with caulk. A Registered Energy Advisor is able to determine which options for improving efficiency would be the most cost-effective, and can assist the homeowner in finding the right improvement to fit their needs.

Barrier Sciences Group is proud to help Ontarians improve their home or business’ energy efficiency. Our Registered Energy Advisors are happy to explain any part of the Home Energy Assessment, and can even help homeowners qualify for the home renovation rebates that are currently available from Enbridge and Union Gas.