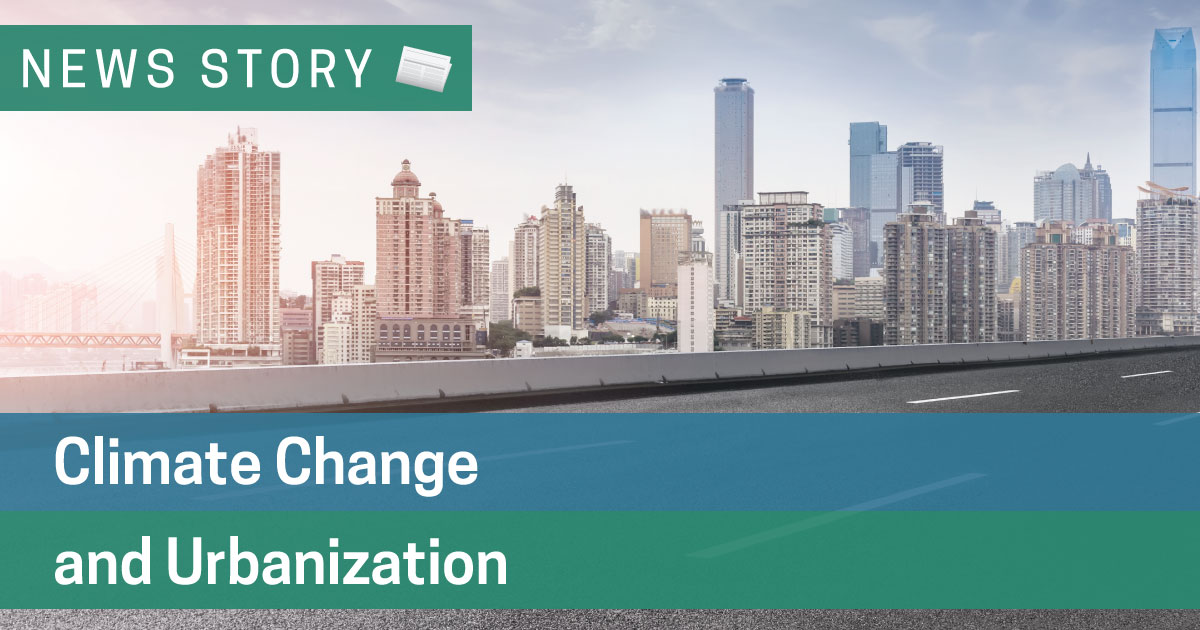 Scott Krayenhoff, a researcher at the University of Guelph, recently led a study that examines climate change and its effects on both urban and rural areas.

Large and dense cities can cause a rise in temperature, but according to the study, it appears that climate change holds the potential to reduce the higher temperatures caused by urbanization -  which is called the urban heat island effect.

The urban heat island effect is believed to be caused by building materials such as asphalt and  brick retaining more heat during the day than grass and trees, meaning that they release their stored heat in the late afternoon and evening, and cause a 2 to 3 ℃ boost in temperature during those time periods.

This temperature boost means that urban areas are hotter than rural areas - even if the rural area was unaffected by climate change.

A report in Nature Climate Change investigated this study and indicated that the increased heat brought upon cities from both climate change and the urban heat island effect cannot be cancelled out by changing urban design for a warmer climate.

Krayenhoff admits he isn’t sure what causes the cooling effect in urban areas affected by climate change, but he notes that it is apparent, and that it has something to do with the lower amount of heat absorption during the day, resulting in a lower amount to be released at night.

“Compared to the actual effect of climate change or even the urban warming, this is a small cooling effect. But it’s there,” said Krayenhoff.

Krayenhoff also looked into green building methods that may help to mitigate the heating effects of both climate change and urbanization, finding that they can be effective in keeping daytime temperatures controlled if greenhouse gas emissions are also limited, but they have no effect on night time temperatures.

Some of these green building methods include: more trees planted alongside roads to absorb heat, placing reflective materials on roofs to reflect heat from the sun, and covering roofs with plants and soil to help increase evaporation and decrease warming solar rays.

Improving your home’s energy efficiency is an effective way you can contribute to lowering global greenhouse gas emissions. Efficiency improvements are also beneficial in working towards higher levels of home comfort, air quality, and value, while also lowering utility bills in the process.

To know which options for improving your home’s efficiency would be the most cost-effective to undertake, you could have a Home Energy Assessment conducted by our Registered Energy Advisors. After they finish their assessment of your home, our advisors will provide you with an in-depth look as to how efficient your home actually is, along with a suggested list of improvements that they rank in terms of cost-effectiveness. This allows you to have all of your home’s possible efficiency improvements laid out for you, so that you can clearly look over the projected effects of each improvement and make an informed decision.

To make seeing a return on your efficiency improving investments happen even sooner, our Registered Energy Advisors are able to help you understand and qualify for any of the home renovation rebates available to both Enbridge and Union Gas customers.