DND Looking to Save Millions by Measuring Energy Consumption 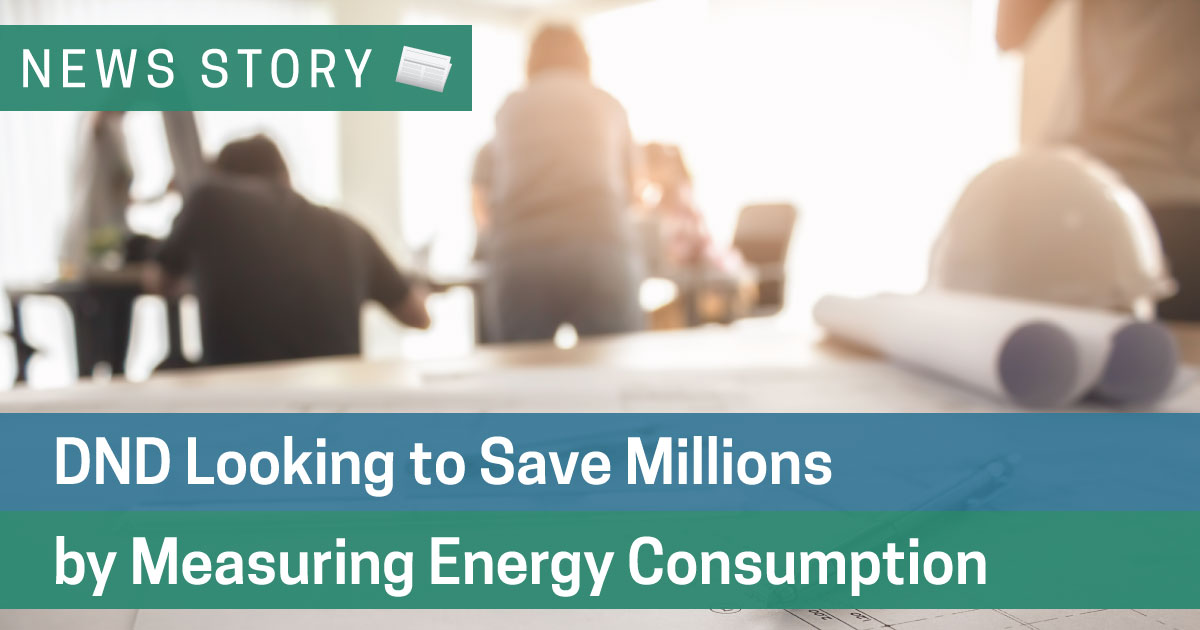 The Department of National Defence has taken on a project that is looking to save millions by monitoring and measuring the energy consumption in 46 of their buildings.

Sarah Evans, Executive Director of Infrastructure and Environment at the Department of National Defence, has said that the project will involve the installation of a sensor or ‘smart meter’, which she says is a more sophisticated version of what could be found in the typical homeowners’ home to measure home energy consumption.

Evans spoke more about the smart meters, saying that it allows them to know which parts of the building consume a high amount of energy, and which parts have the greatest potential to achieve energy savings.

Of all the buildings that the DND currently operates, the 46 that were chosen was partially due to their age. They were not old enough to be nearing their end of use, and they were not new enough to have already been built to the military’s newer and more energy efficient building standard.

The 46 buildings were also chosen to set the data baseline for energy consumption in various types of military buildings; allowing for the data to be interpreted and analyzed to help guide their future endeavours of improving the energy efficiency of their buildings.

The National Research Council has already partnered with the DND for the smart meters project, and they have estimated that it can help to save up to 15 percent of energy costs - that amounts to $25.5 million annually.

This project is part of the DND’s national defence strategy, Greening Defence, which has allocated an approximate $225 million to be put towards improving energy efficiency and reducing the DND’s overall greenhouse gas emissions.

The Easy Way to Reduce Your Home's Energy Consumption

If you have been looking for ways to reduce your home’s operational costs or utility bills, you may have noticed that it can be rather difficult to figure out where to start. By taking advantage of our free phone consultations, you can speak with one of our Registered Energy Advisors who are happy to help you on your path to a more affordable home.

The most comprehensive way of knowing which renovations, upgrades, or retrofits would be the most cost effective for you to consider is to have a Home Energy Assessment conducted. This allows you to have an inside look at every aspect of your home that affects its overall energy efficiency, and the advisor who conducts your assessment will provide you with a list of possible modifications, upgrades, or retrofits for you to consider. These suggestions are ranked in order of their cost effectiveness, and you can even see the expected energy and utility bill savings for each suggestion, allowing you to make an informed decision.

A Home Energy Assessment can also help your home qualify for up to $5,000 of home renovation rebates, which both Enbridge and Union Gas are currently offering their customers.