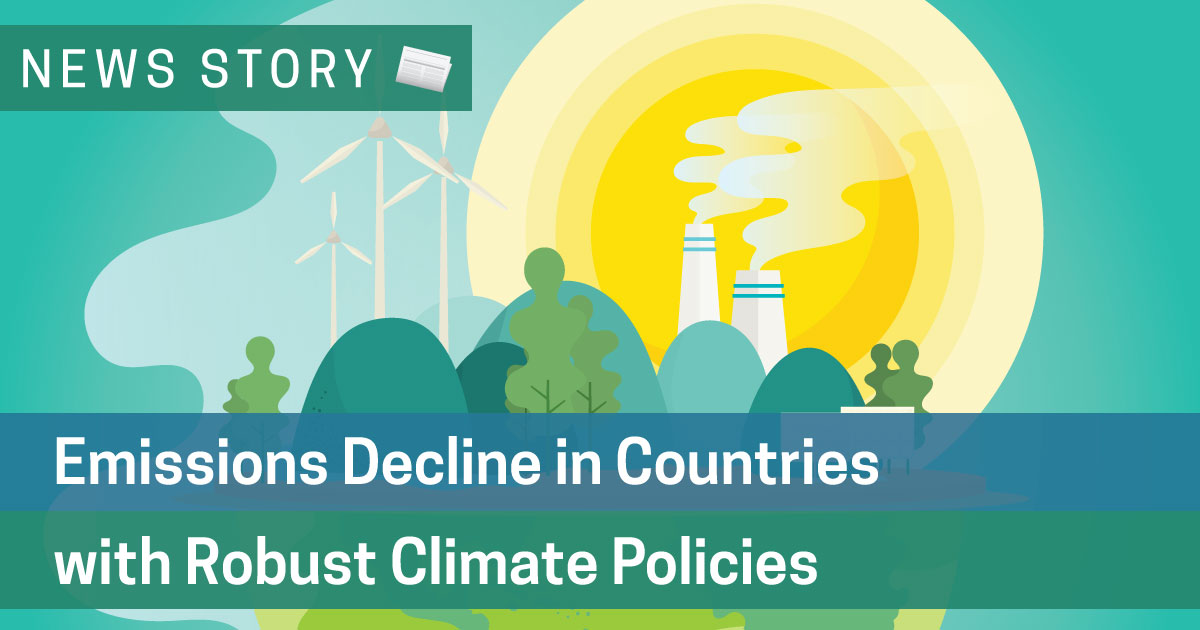 A study was recently published in the journal, Nature Climate Change, indicating that the countries with the most robust emissions policies have seen the greatest reduction in CO2 emissions over a 10 year period.

From 2005 to 2015, the 18 countries that saw their carbon dioxide emissions decline was during a time when global CO2 emissions were actually rising by approximately 2.2 percent each year.

The study determined that this was due to the stronger and more effective emissions policies that they have in place than the rest of the world.

Corinne Le Quéré, the lead researcher on the study, has said that their findings do suggest that greenhouse gas emission policies are effective, and that it really is not a big mystery as to why.

She says that by utilizing technology that is already available, and by putting in effort to develop and fund emissions policies, then you will see greenhouse gas emissions decline.

The study also indicates that the 18 countries were consuming less energy nationwide, suggesting that energy efficiency improvements (such as higher levels of building insulation, or an increase of electric cars on the road) are involved factors.

Although it seems fairly straightforward that stronger policies would lead to an emissions decline, things like economic growth can affect energy consumption and total emissions.

For this reason, the study removed the economic growth factors from the two countries that acted as a control group, finding that their policies for increasing energy efficiency were still tied to the decline in emissions.

Le Quéré said that one of the messages to take away from their study is that there needs to be a significant amount of robust, well-regulated emissions policies in place at the national level in order to see emissions decline.

Canada only saw an emissions decline of about 0.5 percent according to La Quéré, which is much less than some countries that saw a 3 to 4 percent decline.

As a homeowner, there are a number of different ways that you can help conserve energy and reduce your carbon footprint, such as turning off lights or washing in cold water. However, the most effective way to keep your carbon emissions in check is to improve your home’s level of energy efficiency. This means that less energy will be needed to keep it functioning and comfortable, and that you will also spend less money on utility bills each month.

Since each home is different, the way that they can be most cost-effectively improved is also different. For this reason, we recommend having a Home Energy Assessment conducted by a Registered Energy Advisor, as it allows you to be certain which methods of improvement will net you the greatest energy savings per dollar spent.

Included in the assessment is a total evaluation of your home’s energy efficiency, along with a list of suggested improvements ordered in terms of their cost-effectiveness. The improvement suggestions also include their expected financial and energy savings, allowing you to clearly see how long it will take for you to receive a return on your investment.

For homeowners in Ontario, having a Home Energy Assessment conducted by one of our Registered Energy Advisors can help you qualify for up to $5,000 of home renovation rebates from either Union Gas or Enbridge.

Our advisors are happy to help you determine which rebates would be the most optimal choice for your needs, your budget, and your timeline - we offer free phone consultations to help you get started!