Federal Government to Rebate 90% of Money from Carbon Tax 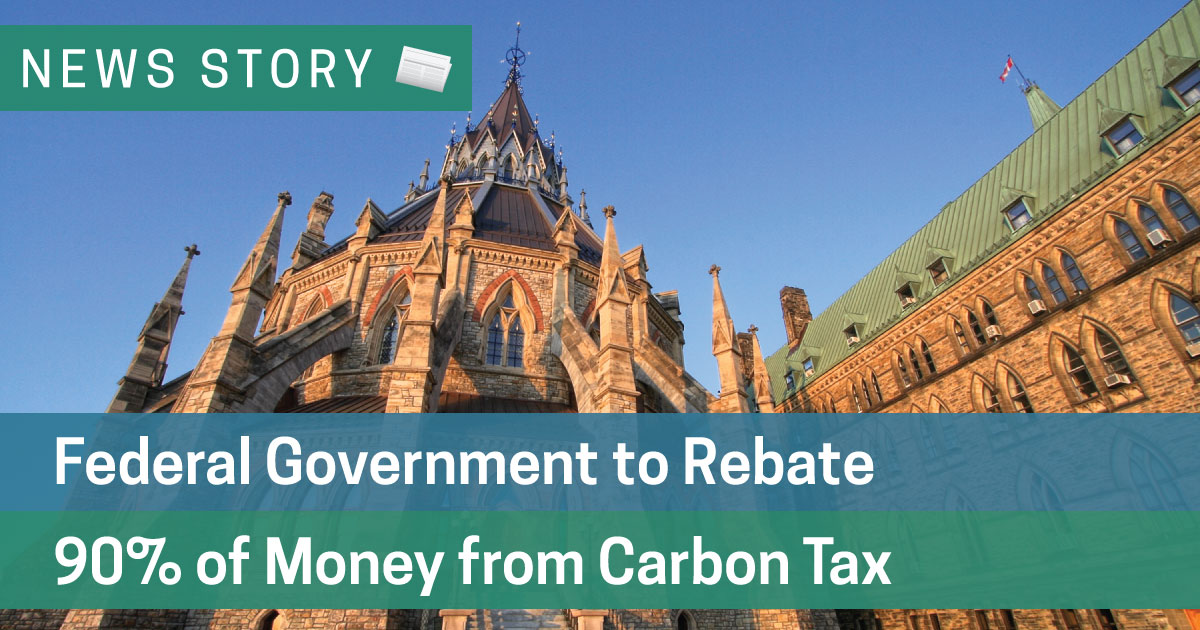 The federal government has announced that 90 per cent of the money that it receives from its new carbon tax will be rebated directly back to Canadian citizens, starting on their next tax return.

This only applies to the provinces who did not comply with the new carbon tax, as they will have a new tax on fuels, as well as a system similar to cap-and-trade placed on large industrial emitters. These provinces include: Saskatchewan, Manitoba, Ontario, and New Brunswick.

The federal government is expecting to collect more than $2.3 billion in carbon taxes from these provinces, and 90 percent of the money generated will be in the form of household rebates to the citizens of the province from where it was collected.

The remaining 10 percent is intended to go to small businesses, hospitals, schools, and other organizations that are unable to increase costs for consumers to supplement the new carbon tax.

With British Columbia, Alberta, Quebec, Newfoundland, and the Northwest Territories meeting the federal government's standards for pollution pricing, they will all be able to decide how they use their revenues on a provincial level.

In Ontario, the average household will be receiving a rebate totaling $300, with residents who live outside of a census metropolitan area receiving 10 percent more, to account for their inability to reduce fuel consumption through public transit.

Officials have said that 70 percent of people in the provinces of Saskatchewan, Manitoba, Ontario and New Brunswick will receive more money back in rebates than they will spend on higher fuel costs from the new carbon tax.

Regardless of income, all individuals in these provinces are eligible for a rebate.

For homeowners in Ontario, there are a number of rebates for home renovation that are currently available from Union Gas. To qualify for these rebates, and to receive help in making sense of them, our Registered Energy Advisors are happy to assist you. By conducting a Home Energy Assessment, our advisors gain a clear picture of your home’s energy efficiency, as well as what energy saving solutions would be the most cost-effective to consider. The solution may even be as simple as improving attic insulation or sealing leaky areas with caulk. Our Registered Energy Advisors will also tailor the suggestions specific to your home, and to your needs as a homeowner.

With the upcoming carbon tax rebate, combined with Union Gas rebates and programs such as Toronto’s Home Energy Loan Program, improving home efficiency is now more affordable than ever. By improving your home’s level of energy efficiency, you will not only see a return of lower utility bills, you will also see an improvement of at home comfort and a reduction of your home’s harmful greenhouse gas emissions. By taking advantage of these financial incentives, and by working with a Registered Energy Advisor, homeowners are able to decrease the time it takes to see a return on investments that are made towards improving their home’s energy efficiency.