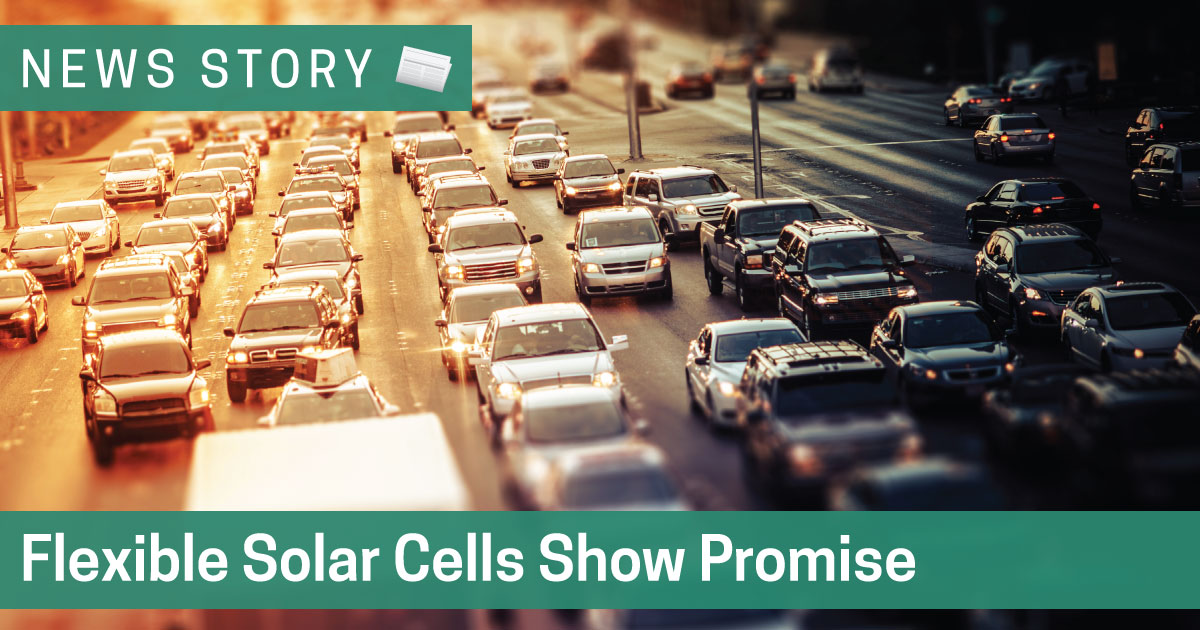 A new material called perovskite has shown remarkable development over the last 8 years in terms of its ability to convert solar light into energy.

Over those 8 years, perovskite has increased its light-to-energy conversion efficiency from 3.8 percent to 22.7 percent.

This is a much faster development of efficiency than what is usually seen in solar technology. As a point of reference, silicon solar cells have been in development since the 1950’s, and it took 30 years to improve their efficiency from 6 percent to 20 percent.

Perovskite gets its name from a mineral found in the Earth’s crust that has a similar crystal structure to perovskite photovoltaics, a structure which lends the material its semiconductor properties.

Dan Schwartz, director of the University of Washington Clean Energy Institute, has described perovskite as the Reese’s peanut butter cup of solar cells, as “they bring some of the best parts of each, and some of the challenges,” he said.

By this he means that the perovskite structure has benefits over traditional silicon solar panels, as it can be manufactured without high-temperature furnaces, and is much more flexible - it can be fitted into vehicles, windows, and even clothes.

However it does have a few challenges. Including how prone the crystal structure in perovskite is to degrading when exposed to moisture or oxygen, and the economic challenge of competing with traditional silicon solar panels in an already established market.

Perovskite can be used in conjunction with other photovoltaics, layered to form a sandwich of solar cells for higher levels of efficiency. This is attained by having specialized solar cells target specific wavelengths of sunlight and is capable of increasing the efficiency of solar energy conversion to above 40 percent for the photovoltaic combination.

Paul Meissner, CEO of Energy Everywhere, believes that perovskite needs to be introduced into the market with an openness to unique cases in order to be successful. He also believes that with technologies such as perovskite, there could be solar cells placed in all manner of unique places, helping to create a less centralized and more renewable energy system.

Perovskite has already shown fast improvement, but the future still holds more development for the technology. The maximum efficiency that perovskite could theoretically reach without layering other photovoltaics is 33 percent, and if development continues at the current rate, this number could be reached in a little over a decade.

As a homeowner, you may be curious as to how effective and affordable solar energy might be for your home. With more options approaching the market such as perovskite, and with photovoltaic efficiency continually improving, solar energy is rapidly becoming more affordable and effective for homes in Ontario.

To determine how much your home would benefit from installing a renewable source of energy such as solar panels, and how long it would take for you to see a return on your investment, you could have a Home Energy Assessment conducted by our Registered Energy Advisors.

Included in the assessment is a look at the entirety of your home’s efficiency and suggestions for how to improve it, as well as a projection of future energy use and cost after each improvement you could decide to make to your home.