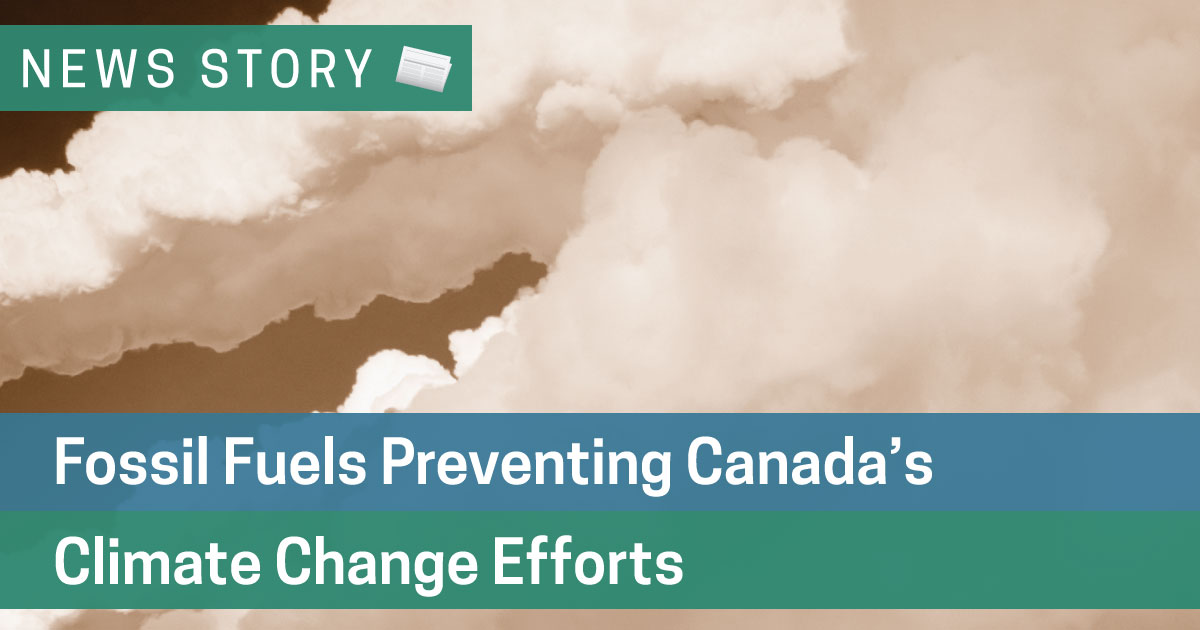 During the climate change conference in Katowice, Poland, environmental organizations Environmental Defence and Stand Earth have said that the oil and gas industry has been allowed to undermine Canada’s climate change efforts due subsidies and lobbying.

A report from Environmental Defence and Stand Earth, says that the oil and gas sector is the largest and fastest growing source of Canada’s greenhouse gas emissions, and that Canadian governments should be taking the 1.5 degree targets in the IPCC Special Report seriously.

The report also said that in order for Canada to reach its 2030 targets for greenhouse gas reduction as laid out in the Paris Agreement, it would have to at least double its emissions reducing efforts.

This means a 60% reduction of greenhouse gas emissions, up from the original 30% reduction from 2005 emission levels.

Dale Marshall, a program director at Environmental Defence, has said that Canada needs to show leadership on reducing the production and use of oil and gas, and that they are much larger problems for Canada’s climate change efforts than reducing the use of coal.

“The oil and gas industry, it’s fair to say, is one of the only things standing in the way of Canada showing leadership on climate change,” said Marshall.

Sabrina Kim, the issues manager for the Minister of Environment and Climate Change, has said that the federal government is taking emission reducing actions, including investments in energy efficiency, renewable energy, and public transit, and a commitment to making sure polluting is no longer free.

As a Canadian homeowner, a significant and effective way you can help reduce the amount of greenhouse gas emissions in Canada is by improving your home’s energy efficiency. By making energy efficiency improvements, you not only help reduce the amount of carbon emissions your home releases, but you can also improve your home’s level of comfort, market value, and air quality all at the same time.

A Home Energy Assessment can provide you with all the information you need to start making home efficiency improvements and help Canada meet its emission reduction targets. The Registered Energy Advisor who conducts your home’s assessment supplies you with a list of suggestions for improving efficiency that are specific to your home, and they can organize them in terms of which option will provide you with the biggest improvement to efficiency per dollar spent.

Quite frequently, the most effective way a home can have its efficiency improved is through small and affordable modifications or retrofits, such as finding and sealing air leaks, or improving the level of insulation in the attic.

For homeowners in Ontario, a Home Energy Assessment from Barrier Sciences Group can help your home qualify for up to $5000 of home renovation rebates that are currently available to both Enbridge and Union Gas customers.