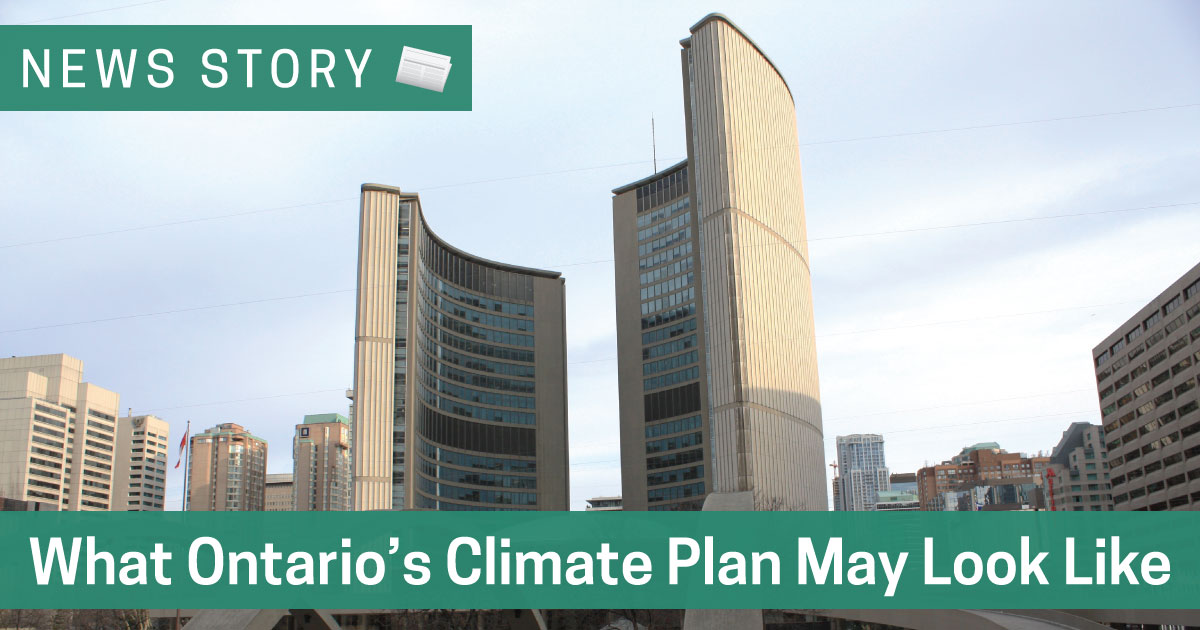 The Provincial Government of Ontario is set to be soon releasing its new climate change plan, and there a few indications of it being modelled after Australia's climate change policy.

Rod Phillips, Minister of the Environment, Conservation and Parks, recently mentioned using the system for reducing carbon emissions that is used in Australia as a potential model, and the election platform of the Conservative party specifically mentioned an intention to start an emissions reduction fund.

Cap-and-trade was initially set to make Ontario companies pay per amount of greenhouse gas emissions, but the Australian system that Ontario may model itself after, does almost the reverse; as it looks to lower emissions through incentivizing lower carbon emissions.

In support of a carbon pricing system is Mark Cameron, executive director of Canadians for Clean Prosperity, saying that the Australian system can be successful in reducing greenhouse gas emissions, but that it will not be as efficient as cap-and-trade or as a carbon tax would be.

If Ontario does model its climate plan after Australia’s it is possible that it may use the $1 billion that is currently sitting in the cap-and-trade fund, as the money is legally bound to being spent on initiatives that work to reduce carbon emissions in Ontario.

A significant way that many Ontarians can contribute to lowering greenhouse gas emissions in the province is by improving the energy efficiency of their own home. With improved levels of home efficiency comes more than just a reduction in the homeowner’s carbon footprint. Efficiency improvements can also work to increase a home’s value, interior comfort level and air quality, while also lowering its operational cost due to utility savings.

The first step towards improving a home’s efficiency is by having a Home Energy Assessment conducted by a Registered Energy Advisor. After completing the assessment of a home, the advisor is able to present the homeowner with a complete look at the home’s efficiency, along with a list of suggestions of how and where it could be improved to the greatest effect.

Barrier Sciences Group is proud to offer Home Energy Assessments to Ontario homeowners, and the assessment is also part of the qualification process for the many home renovation rebates that are currently available for both Enbridge and Union Gas customers - making it even easier to see a return on your efficiency improving investments.