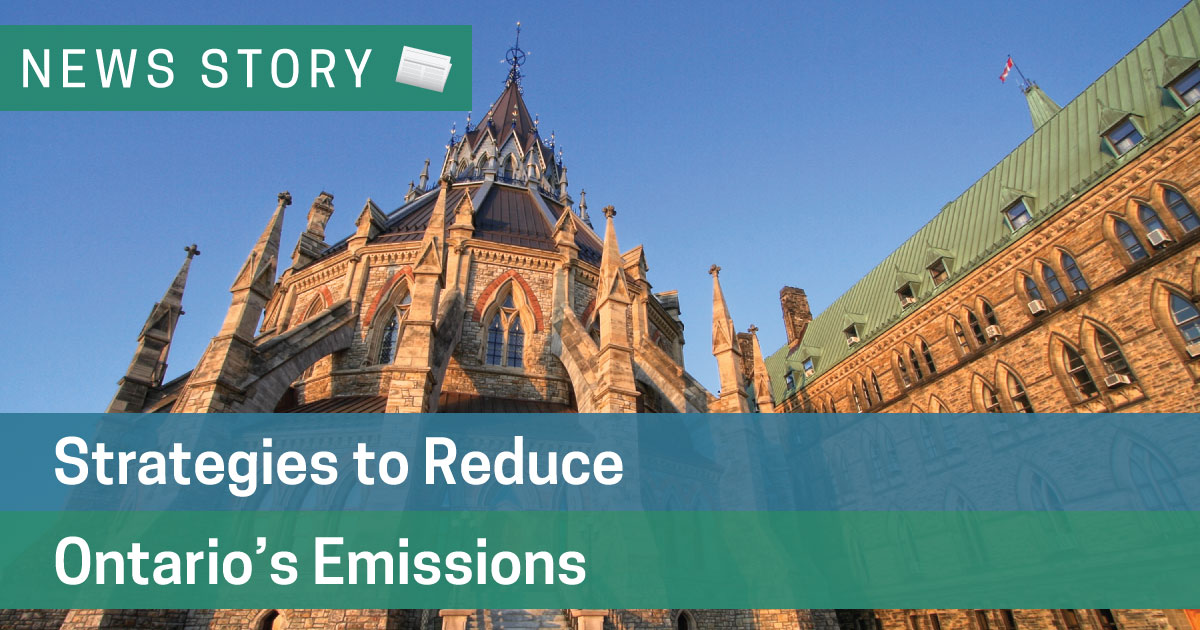 In a recent Climate Strategy Submission by the Ontario Energy Association, the ways in which Ontario can continue to build on its leadership involving the reduction of Canada’s greenhouse gas emissions are explored.

Since 2005, Ontario has led Canada in greenhouse gas emission reductions, with a 22 percent decline over the past 13 years. This decline amounts to a reduction in the province’s carbon dioxide emissions by about 40 million tonnes each year.

These reductions have been achieved largely through energy conservation, energy de-carbonization, and a vast array of standards for improving home and vehicle efficiency.

DSM programs involve modifying the behaviour of energy consumers in ways such as: providing incentives for them to use less power during peak hours, and offering alternative and higher efficiency energy sources at a more affordable price - such as natural gas. This helps to move consumers towards more efficient fuel sources and works to reduce carbon emissions.

Since 2005, natural gas DSM programs in Ontario have reduced carbon dioxide emissions by approximately 147 million tonnes, and have also saved a remarkable 14 Terawatt-hours of electricity.

Similar to DSM programs in some aspects, CDM programs also include the creation of incentives to help consumers move towards sourcing and using energy more efficiently, but they also involve conserving energy and reducing demand through energy efficiency improvements - helping to reduce energy bills for consumers and carbon emissions for Ontario.

Although the cost of energy continues to rise, the report indicates that the cost to deploy DSM programs is still cost-effective enough to significantly reduce emissions every year - amounting to a reduction of an estimated 6 million tonnes of carbon dioxide emissions a year by 2035.

Natural gas fuel switching has the potential to further contribute towards emissions reductions by deploying new technologies such as combined heat and power, and it can also be used as an alternative energy source to reduce the weight of peak load on the electricity sector. The report outlines natural gas fuel switching as having the potential to reduce emissions by 2.6 million tonnes of carbon dioxide a year by 2035.

By producing and blending domestic renewable natural gas into the energy distribution system, a carbon neutral source of natural gas can become available for every part of the economy. By 2035, this could result in a reduction of emissions amounting to 4.2 million tonnes of carbon dioxide a year.

For Ontario homeowners who are looking to help Canada reach its goals for reducing greenhouse gas emissions as they are laid out in the Paris Agreement, improving your home’s energy efficiency is a fantastic and effective place to start. It is not only helpful in reducing greenhouse gas emissions, but it can also work to improve your home’s comfort, air quality, utility cost, and value.