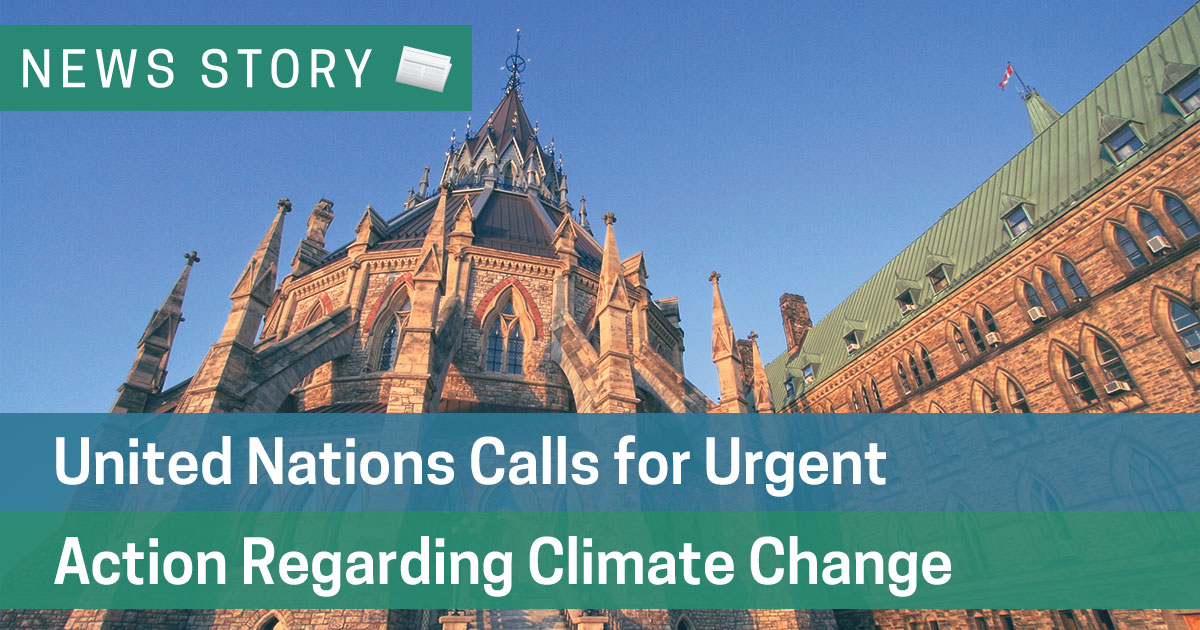 A recent report from the United Nations’ Intergovernmental Panel on Climate Change (IPCC) has stated that the world is failing to prevent catastrophic climate change. However, there is still time to make changes worldwide that should limit the average global temperature increase to 1.5℃. With the path that the world is currently on, the IPCC believes that the average global temperature will rise by 2.7 to 3.4 degrees, resulting in more deaths, more climate refugees, a faster rate of species extinction, and reduced economic growth.

The recent panel of the IPCC had 90 scientists in agreement - to contain the average temperature rise to 1.5 degrees will require an unprecedented political commitment to reduce coal, oil, and natural gas usage, in addition to the need for the rapid deployment of a technology that can remove carbon dioxide from the atmosphere.

Within the 2015 Paris Accord, involved countries have agreed to keep climate change from rising above 1.5 degrees globally. It is believed that this will minimize the impact climate change will have on the world’s ecosystems and poorer countries’ economics, as well as reducing the number of people affected by climate related risks and climate-caused poverty by approximately 100 million by the year 2050.

The IPPC has warned that the chance to keep climate change from rising above 1.5 degrees is quickly slipping away, however it is still possible to limit climate increase if there is massive political involvement, with almost all plans to contain climate change including a carbon dioxide capturing system. Several Canadian companies have specialized in carbon dioxide removal technologies; Carbon Engineering Ltd. of Squamish, B.C. is one notable startup that removes carbon dioxide directly from the air and uses it to produce biofuels.