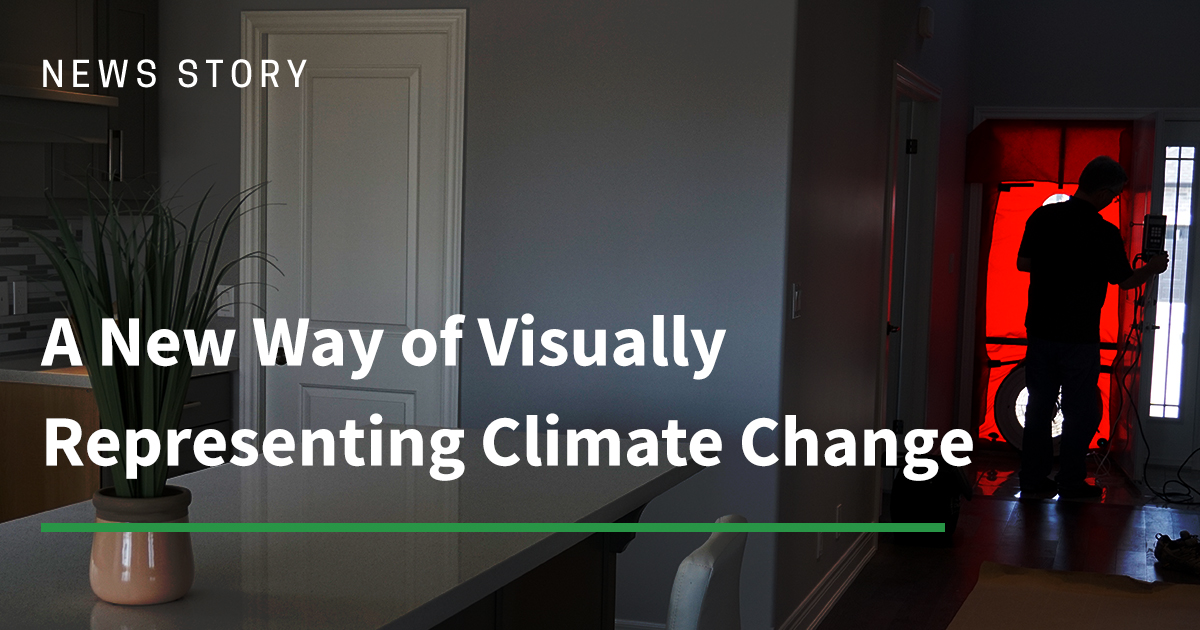 British scientist Ed Hawkins, a climate professor at the University of Reading, has created ‘barcode charts’ that illustrates rising temperatures as colours. He believes that they depict a clearer image of climate change than a standard graph, as they remove distractions and allow the viewer to intelligibly interpret the long-term trends in the data.

The new barcode charts can be made to represent individual cities, regions, or the entire globe, with each stripe representing the average temperature for that year. The deeper blue the stripe is, the colder it was that year; deeper reds indicate a hotter year. Hawkins believes these new charts will help scientists effectively communicate how severe the effects of climate change are, and that changes in local temperatures over time are made obvious enough to recognize.

As a general rule, the further north you look, the bigger the changes in average annual temperature you will see. According to Environment and Climate Change Canada, even though greenhouse gas concentrations are fairly uniform globally, individual cities are affected by climate change differently.

This leads to a concern about barcode charts that is held by Nigel Roulet, a professor of geography at McGill University. “They make one initially think that the magnitude of change is about the same everywhere, which is clearly not the case,” Roulet said. He also thinks that people don’t relate to long term climate data, they relate to weather, in that weather is more impactful to their everyday lives.

A barcode chart illustrating average global temperatures since 1850. The difference between the deepest blue and the deepest red is 1.35℃. (Ed Hawkins)