Are the Wealthy a Possible Source for Funding Efficiency Research? 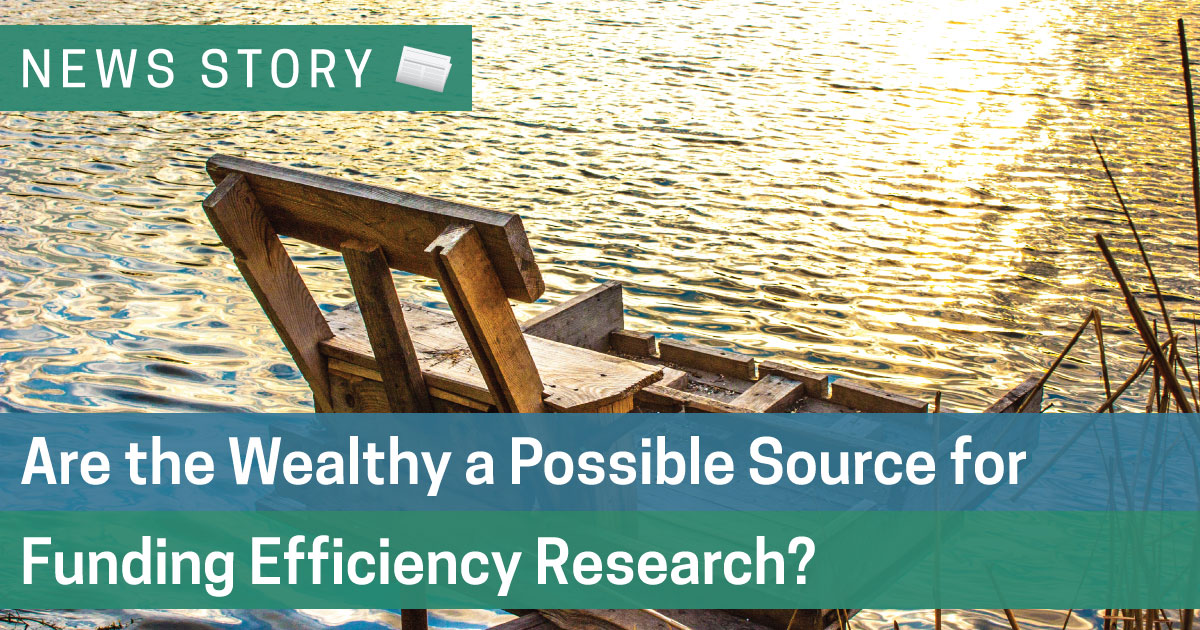 In a recent article by D.T. Cochrane, a Lecturer in Business and Society at York University, the connection between high levels of income and high levels of emissions is explored, and he puts forward the notion that a wealth tax could be imposed on Canada’s most wealthy to help mitigate the effects of climate change.

According to Cochrane, this wealth tax could accumulate a significant amount of money that could be put towards funding new green energy initiatives and energy efficiency research.

Canada’s national wealth was $10.3 trillion in 2016, and with Cochrane’s proposed wealth tax set at 0.5 percent, and with it placed on the richest 20 percent of Canadians, $34.6 billion would be raised.

This money has the potential to be used for multiple green energy uses, including: funding the research and development of new technologies for reducing emissions, expanding on renewable energy sources such as windmills and solar power, and building weather resistant and efficient infrastructure - all helping to mitigate the effects of climate change.

In a report from the International Panel on Climate Change, it states that the distribution of climate change impacts will vary depending on location. People in low-income regions are more susceptible to the effects of climate change, as they are less able to take measures to protect against climate change.

The increased susceptibility of low income regions, combined with the point that was raised regarding the connection between high income countries and high amounts of emissions, Cochrane believes that Canada has a responsibility to help those who are more vulnerable to the effects climate change - as it is high income and high emissions country.

He believes that this can be accomplished through a wealth tax; as it would be able to raise enough money to help those most affected and susceptible to climate change, both in Canada and on a global scale.

While BSG does not necessarily agree with any statements or ideas made in the article this is based on, climate change is inarguable. For homeowners who are concerned with the effects of climate change and are wanting to lower their carbon footprint, or those who are looking to contribute towards helping Canada meet its emissions goals, improving home energy efficiency is an effective and affordable place to start.

By having an Air Tightness Test conducted by a Registered Energy Advisor, every leak is located and identified, so that it may be properly and professionally sealed by a company such as Great Northern Insulation. Sealing air leaks and improving air tightness, can make a home become more resilient against harsh weather and winds, while also working to improve the home’s comfortability and air quality.

In Ontario, our Registered Energy Advisors are able to conduct a Home Energy Assessment, which will help homeowners qualify for the home renovation rebates that are currently available from Enbridge and Union Gas. The assessment will also include clear information about the efficiency of the home, and our Advisors will present the homeowners with a list of possible renovations or retrofits to improve energy efficiency - ranked in order of what options would be the most cost effective for them to consider.