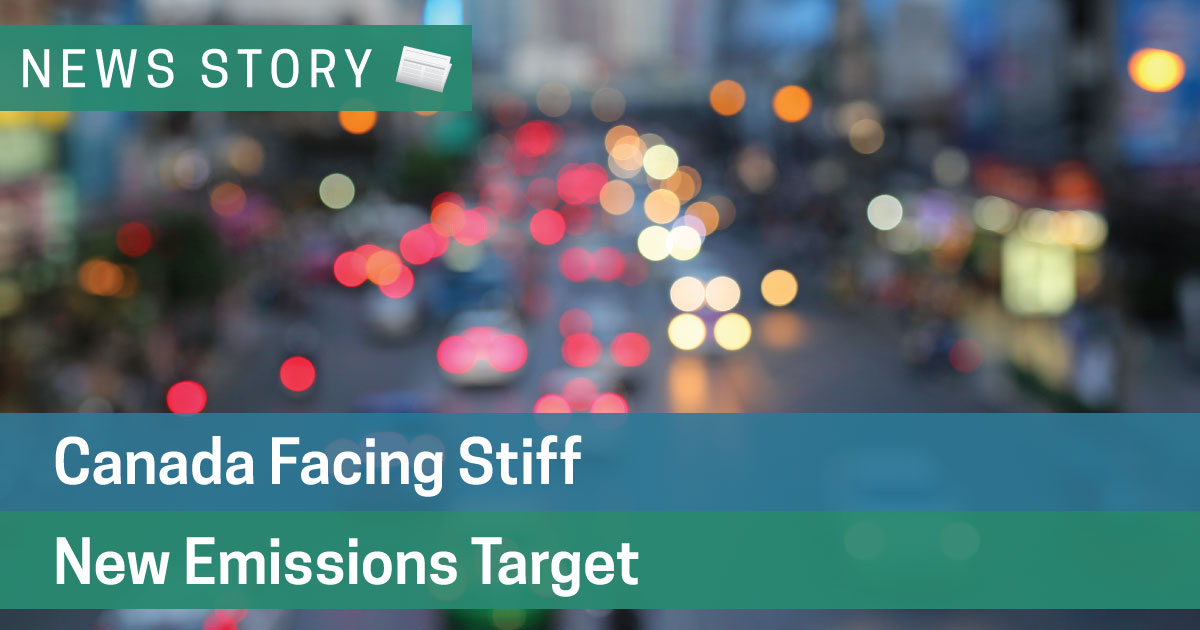 The United Nations Intergovernmental Panel on Climate Changeis warning of irreversible changes and losing entire ecosystems due to climate change, with international climate change experts saying Canada will need to cut its emissions nearly in half over the next 12 yearsif they are to meet the new restrictions placed to prevent global warming.

The U.N’s warning includes limiting average global ground temperature rise to a hopeful 1.5 degrees Celsius, rather than the Paris Climate Change Accord’s previously specified 2 degrees Celsius increase. This is due to a more significant and detrimental impact that is expected to occur from a 2 degree increase. The report says everything from droughts, to melting sea ice, to famines and floods will be much worse than if climate change is limited to 1.5 degrees.

The report also states that without immediate action, the world is expected to have its average global ground temperature rise 1.5 degrees somewhere between 2030 and 2052. In order to prevent this from happening, worldwide emissions need to be cut so that they amount to no more than 55% of what they were in 2010.

This means that Canada needs to reduce its yearly greenhouse gas emissions to a maximum of 385 million tonnes a year - that’s 319 million less than the 704 million that were released in 2016.

Currently Canada is aiming to cut greenhouse gas emissions down to just 512 million tonnes a year, a plan which is already proving difficult for Canadians to reach.

Merran Smith, executive director of Clean Energy Canada, has said that Canadians need to start electrifying everything, meaning that they should change how they do things, not change what things they already do.

Environment Minister Catherine McKennahas stated that Canada is currently not increasing its emission reduction targets until the previous plan laid out in 2016 is fulfilled, focusing on following through with current plans before becoming more ambitious.

As home energy usage accounts for 17% of all energy usage in Canada, it is important to start considering your own home’s energy usage, and what steps you can take to improve your energy efficiency. This is can be done by ensuring your home is up to the standards of an Energy Star Certified House, or by searching for air leaks and increasing air tightness; both of which are possible with a home energy auditfrom a Registered Energy Advisor.

A recent statement by Michael Sabia, chief executive of the Caisse de Depot et Placements, involved telling investors that climate change should be viewed as an economic opportunity and that working to improve efficiency is more beneficial than investing in renewable resources.

This is a strong incentive for homeowners to consider improving energy efficiency, as it is a green initiative that can be completed in homes, as well as commercial and industrial buildings.

As Canadians nationwide take part in reducing their own carbon footprint, in Ontario you can currently benefit from home renovation rebatesoffered from Union Gas - a process which our registered energy Advisors are happy to assist you with. These can help to make home renovations more affordable, and can also aid you in choosing which renovations are going to net you the biggest return on your utility bill; all while improving energy efficiency and contributing to Canada’s greenhouse gas emission goals.