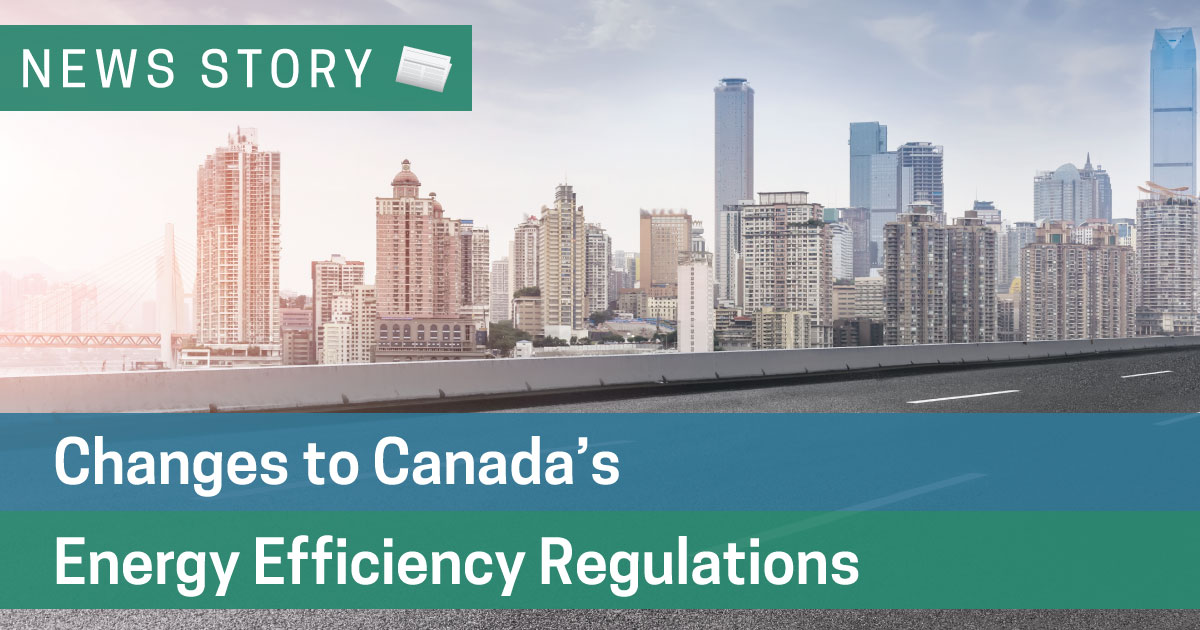 Bill Morneau, Minister of Finance, recently announced that changes are being made to Canada’s Energy Efficiency Regulations,under Amendment 14.

Canadian regulations on energy-consuming products such as furnace fans and commercial refrigeration are to be aligned with Canada’s largest trading partner - the United States. This is intended to make it easier for Canadian homeowners and businesses to start using more energy efficient products and strategies.

Under Amendment 14, annual greenhouse gas emissions are expected to be reduced by 1.54 megatonnes by the year 2030.

This announcement was made at the launch of the new organization Efficiency Canada, which has the goal of making Canada a global leader in energy efficiency, describing itself as the national voice for an energy efficient economy.

“Energy efficiency is the ultimate win-win. It leaves consumers with more money in their pockets, creates jobs in our economy and boosts GDP across the country, all while reducing greenhouse gas emissions,” said Minister Morneau.

Improving energy efficiency as a means of growing the economy has also received support from Michael Sabia, the chief executive of the Caisse de Depot et Placements, who has said that $45 trillion in long term investments should be moved towards clean energy prospects, low-energy buildings, and low-carbon transport systems, as a means of growing a clean energy economy in Canada.

Corey Diamond, executive director of Efficiency Canada, has stated that with an improvement of energy efficiency, homeowners are seeing lower costs, the environment is seeing a lower amount of carbon emissions being released, and provinces are seeing a growth in both the GDP and number of jobs.

“Efficiency Canada is proud to play a role in the promotion of an energy-efficient economy - putting efficiency on the map!” said Diamond.

Improving the efficiency of your home can greatly reduce its need to consume energy - helping to lower global carbon emissions as well as natural resource consumption.  Improving home efficiency is also beneficial in helping Canada work towards reaching its climate change goals as they have been outlined in the Pan-Canadian Framework on Clean Growth and Climate Change.

By contacting Barrier Sciences Group and having a Home Energy Assessmentconducted by our Registered Energy Advisors, you can recieve a clear picture of your home’s level of energy efficiency, as well as a list of what energy-saving solutions would be the most advantageous for you consider - working to improve home comfort levels and reduce your utility costs.

Our advisors rank the suggestions in terms of what would be the most cost-effective way of improving your home’s efficiency, and often times the most cost effective solution is something as simple as sealing leaky areas caulk.

There are also many home renovation rebates available from Union Gas, making it easier for you to see a return on your efficiency-improving investments. Our Registered Energy Advisors are happy to help you make sense of and qualify for these rebates, as well as answer any questions you may have regarding how you can lower the amount of energy your home uses.