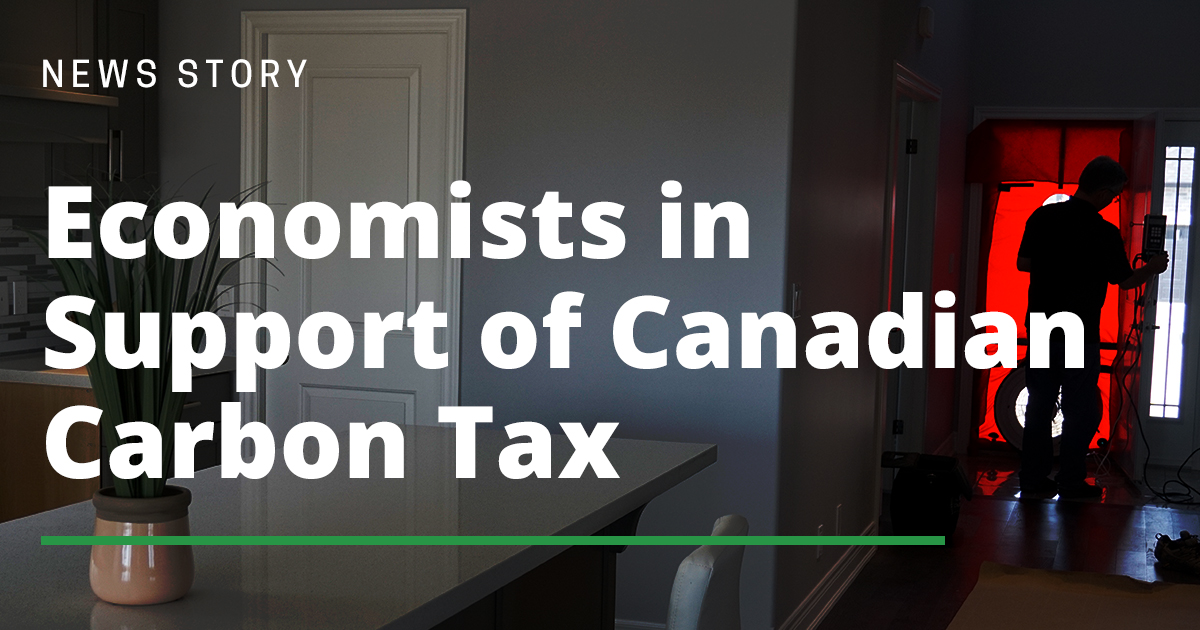 The new federally regulated carbon tax is receiving support from economists, as many agree it is a cost-effective and efficient way for Canada to reduce its greenhouse gas emissions.

Economist and Nobel laureate Paul Romer has extended his support for the introduction of carbon taxes, saying that they are the solution to climate change.

Trevor Tombe, associate professor of economics at the University of Calgary, is also in support of the carbon tax; saying that economists have long pointed towards a carbon tax as being the most efficient or most cost-effective solution to reducing greenhouse gas emissions.

For provinces that did not join the pan-Canadian framework on climate change, a federally regulated tax on carbon emissions is to be levied starting next year. This includes: Saskatchewan, Manitoba, Ontario, New Brunswick, Yukon, and Nunavut.

Residents within these provinces and territories are to receive a federally distributed rebate, which comes from 90 percent of the money made off of the new carbon tax within the respective province or territory.

As a result of the rebate, the average Canadian family will be receiving approximately $300 on their next tax return. This rebate is intended cover the increased cost of gas and utilities that the new carbon tax is set to bring.

For most Canadians, the federal government has said that this rebate will return more money than what the new carbon tax will cost them.

Ontario Premier Doug Ford is in opposition to the new carbon tax, saying that it will be an ineffective environmental protection measure. He has also extended his intention of continuing the legal fight; taking it to the Supreme Court if necessary.

British Columbia was the first province to bring in a carbon tax, back in 2008, and since then they have seen their GDP grow by 17 percent, along with their net greenhouse gas emissions dropping 4.7 percent, according to their provincial government.

Capitalize on Rebates and Save Money Through Improved Home Efficiency

For residents of Ontario who are looking to capitalizing on upcoming federal rebates, or those who are simply looking to save money on utility bills by improving home efficiency, there are a number of home renovation rebates currently available from Union Gas, that our Registered Energy Advisors are happy to help you make sense of and qualify for.

By conducting a Home Energy Assessment, our Registered Energy Advisors gain all the information specific to your home that they need, in order to present you with a look at how efficient your home is and what areas would be the most cost-effective to improve. It is not uncommon for the most cost-effective suggestions to be simple modifications, such as improving the level of insulation in the attic, or sealing leaky areas with caulk.