Funding for the Northwest Territories in Fight Against Climate Change 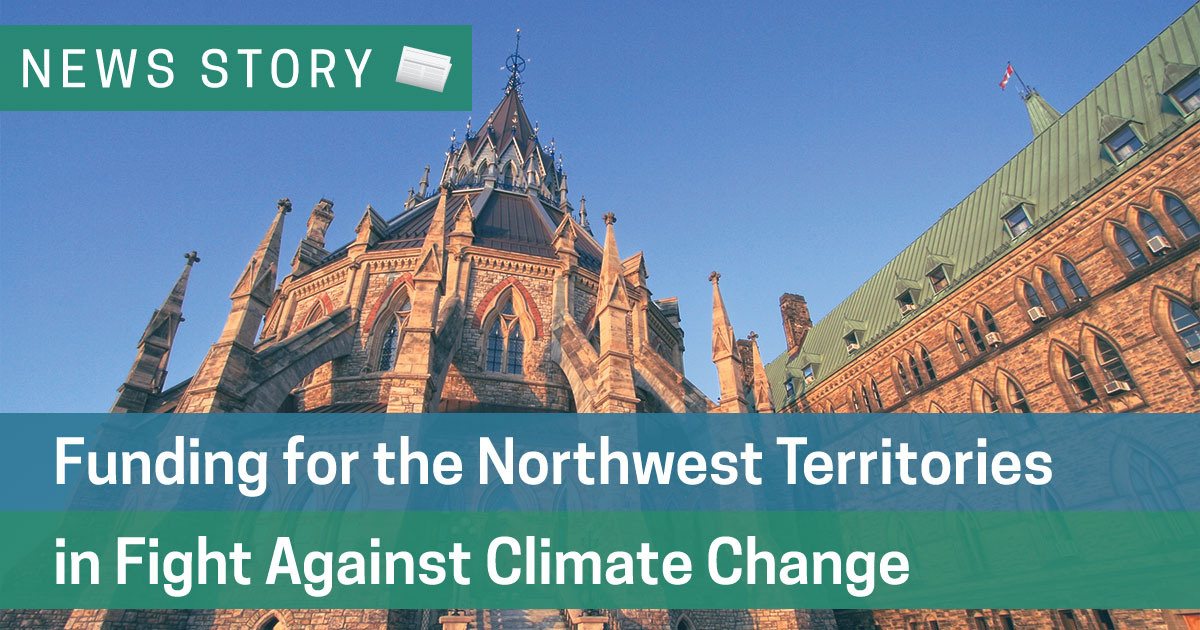 In an effort to mitigate the effects of climate change, the governments of Canada and the Northwest Territories are working in collaboration; with the announcement that over $23 million will be invested in programs supporting energy efficiency retrofits, renewable energy, and forest regeneration.

This investment comes from the Government of Canada’s Low Carbon Economy Leadership Fund, and is earmarked for supporting five programs within the Northwest Territories that are aimed at helping the fight against climate change.

On top of the $23 million invested from the Federal Government, the Government of the Northwest Territories is investing $7.4 million in support of these programs; as they are intended to help businesses and families work towards reducing their carbon footprint, while benefiting and stimulating the economy in the process.

For any province or territory that has adopted the Low Carbon Economy Leadership Fund’s  plan for clean growth and action against climate change, will see a portion of the $1.4 billion that has been earmarked towards helping Canada improve its energy efficiency, promote economic growth, and create middle-class jobs.

Catherine McKenna, Minister of Environment and Climate Change has said that improving energy efficiency is important for lowering energy costs for homeowners and businesses, while also being beneficial to reducing pollution and creating good jobs.

“Investing in the health of our forests is similarly important for avoiding the worse effects of climate change,” McKenna said.

That is why one of the 5 programs that the are being used by the Northwest Territories includes a focus on forest regeneration and growth. Finding an environmentally and economically friendly way of mitigating the effects of climate change is of the utmost importance for the Low Carbon Economy Leadership Fund. This extends to both residential and commercial applications, helping to making homes and buildings more efficient and affordable to operate.

Recently, the executive director of the Caisse de Dépôt et Placements, Michael Sabia, has extended his belief that climate change mitigation needs to be seen as an investment opportunity, with a study done by Amory Lovins, chief scientist of the Rocky Mountain Institute, supporting Sabia’s belief.

Lovins’ study put forward the notion that energy efficiency in a factory, building, or vehicle is often analyzed by its parts - meaning that higher levels of energy efficiency can be achieved by analyzing the parts as a whole,  and how they work within the entire system. This means that as money is saved from lower utility cost, more is freed up to be used in ways that benefit the economy.

Here at Barrier Sciences Group we are happy to see the Federal and Provincial Governments working together in an effort to reduce the effects of climate change. With multiple incentives and rebates, such as those available from Union Gas in Ontario, we can’t think of a better time to have a Home Energy Assessment done by our Registered Energy Advisors. This can allow you to capitalize on the currently available government incentives, and ensure that your home is qualified to receive them. Additionally, after conducting a Home Energy Assessment, our advisors can clearly show you the inefficient areas of your home, and provide you with a detailed list of possible solutions - ranked in order of cost-effectiveness.