Tobacco and Marijuana to Share Smoking Areas in Ontario 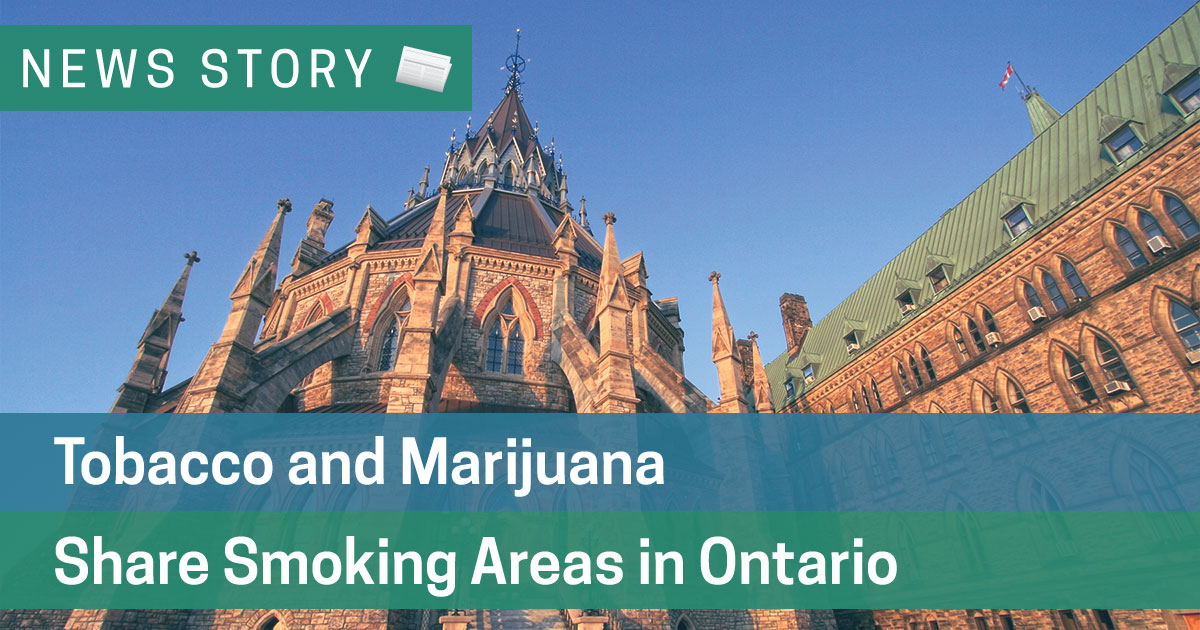 The Government of Ontario has recently established rules that will allow residents of Ontario to be able to smoke cannabis wherever the smoking of tobacco is permitted, on and after October 17th. The government is also not looking to put a cap on marijuana shops when it beings licensing and regulating the Ontario retail cannabis market. Municipalities have until January 22, 2019 to opt out of hosting any cannabis stores.

This decision alters the consumption rules laid out by the Federal Government, as they were previously only allowing for consumption within a private residence once legalization occurs on the 17th.

“If you’re able to smoke tobacco in your home then you’ll be able to use cannabis as well,” Mulroney said.

Smoking in vehicles or boats that are being operated is also prohibited, with fines ranging from $1,000 to $5,000 once convicted. Awareness campaigns such as Blunt Facts from Ottawa Public Health, and from Public Safety Canada, are used to illustrate the dangers of impaired driving and raise awareness of the severity of the issue.

Recreational Cannabis is to be sold online by the provincial government starting on the 17th, and retail stores are set to open by April of next year.

The Alcohol and Gaming Commission of Ontario will be regulating the marketplace, meaning it will be able to grant and potentially revoke retail licenses, in addition to their ability to enforce the provincial rules governing marijuana sales.

The Ontario Government has said that in order for someone to open a retail marijuana shop, they will have to apply for a retail-operator licence, as well as a retail store authorization.

Finance Minister Vic Fedeli has said that the provincial government wants to ensure consumers are protected, while also opening up the marketplace and creating opportunities for small businesses.

“We want to have as many participants as possible be involved,” Fedeli said.

though, there are some restrictions on who can obtain a retail-operator licence, including those who have: broken provincial rules on marijuana sales, any engagement with organized crime, or any record of supplying youth with cannabis; the result being a permanent ban from ever obtaining a license in the future. The continued operation of an illegal retail store after legalization is also to be included in this ban.

The provincial government’s decision to align Marijuana smoking regulations with Tobacco is receiving support from Robert Schwartz, a University of Toronto professor who specializes in cannabis distribution and public health. However, he believes that it may be a challenge for people who live in multi-unit dwellings due to second hand smoke concerns.

As unwanted second hand smoke poses a health risk in addition to it being a nuisance, our recommendation to concerned tenants of multi-unit buildings is to conduct an air tightness test, and to follow the path of recommendations our Registered Energy Advisors will lay out for you. This can help you to begin compartmentalizing and air sealing your unit, working to keep unwanted smoke out of your living spaces.